Kill Deal - arcade shooter with the elements of RPG. The main task of the player is not to become a breakfast for the horde of monsters and to prove them with the help of mighty arsenal of weapons, strengthening bonuses and received skills that you are too tough for them. History. The action of this space opera takes place far from the Earth. The Earth was the initiator of the irrepressible conquest of outer space by neoconquistadores, and now it rules over the enormous Earth Empire. Being almost on the edge of the Empire, the Earth sometimes wasn't able to understand the situation. Recently strange events have occurred in some colonies. Flying past XS-1743 - recently colonized small planet of terrestrial type - the earth spaceship of geological exploration received SOS signal from the planet's surface. The signal was sent from the planetary base ¬Ļ1, and there was no communication with the planet excepting this continuous signal. Sensors of the space ship detected strange biological activity on the surface of the planet and nothing more because of the strange haze which shrouded the. Unsuccessful dispute of two meteorologists about the nature of this haze resulted in fight. According to the regulations of the Fleet the spaceship nearest to the disaster area must immediately communicate with the Fleet's headquarters, report on what happened and try to do what is possible before the arrival of the rescue fleet. The captain of the geologists was acting strictly according to the regulations. He contacted with the base of the fleet, asked for help and sent a shuttle with our hero aboard. This reconnoitering didn't seem to be dangerous: our hero was supposed to make several circuits above the base, take photos of the area and come back to the spaceship. However the story moved quite the contrary to everybody's expectations. While approaching to the surface, our hero saw that the base activated laser defense and was going to fire. The only chance to survive was to land as soon as possible. Our hero rushed to the surface - he had to make violent efforts to save his life. 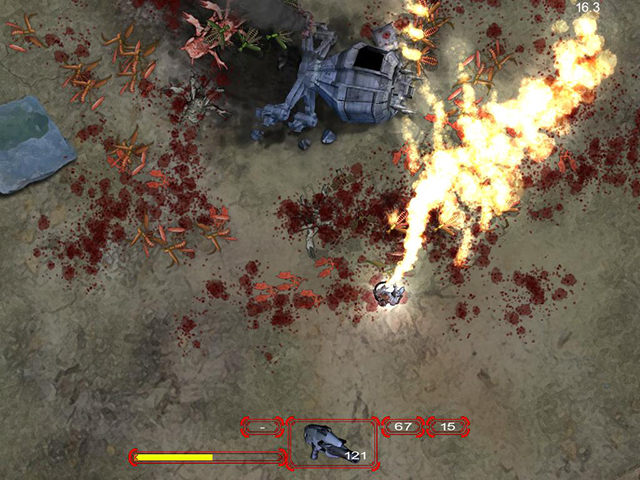 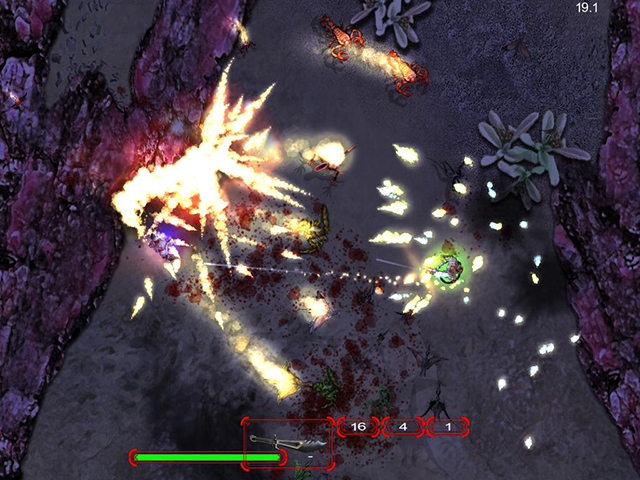